OnStar and DC Comics created a "state-of-the-art animated interactive comic for the Web" which let readers "shape their experience by using Personal Calling and OnStar Virtual Advisor at critical moments in the story."

An interactive multipart webisode series, The Batman Challenge by OnStar brought together many of my favorite things; comic books, animation, illustration, and problem solving. It won some awards.

This project not only gave me the opportunity to work with across multiple disciplines, but was a dream come true working on a Batman project. When the stakeholders realized my passion and knowledge, I was given a very broad space to play in, including meeting directly with the DC Comics artists and writers to ensure we could deliver the best product.

From helping to write the scripts... 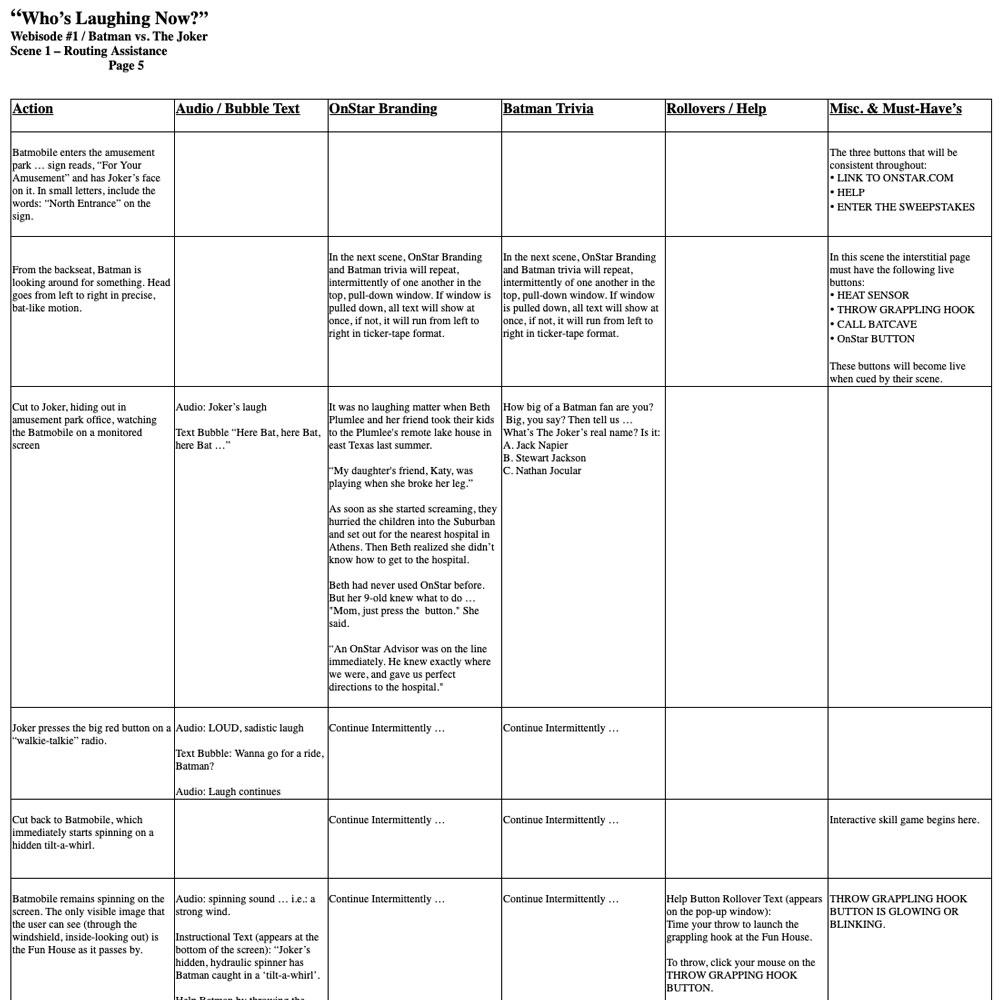 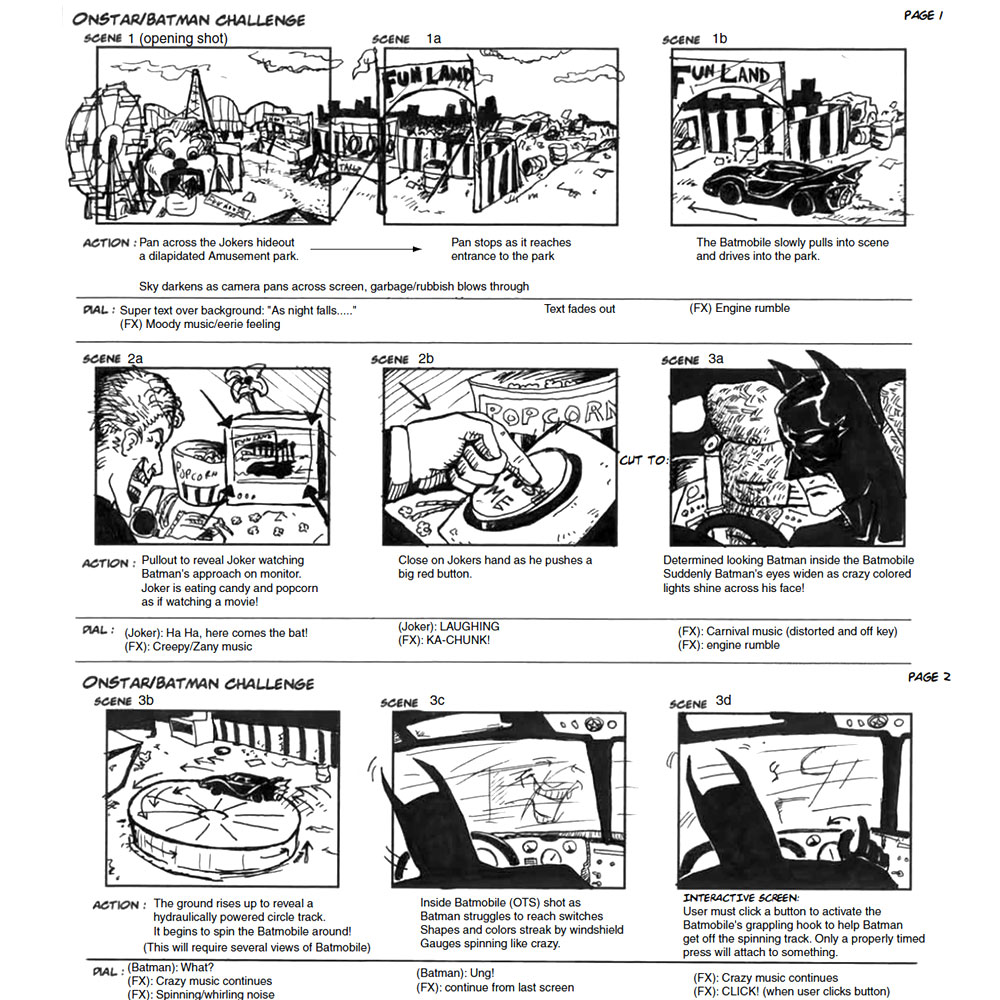 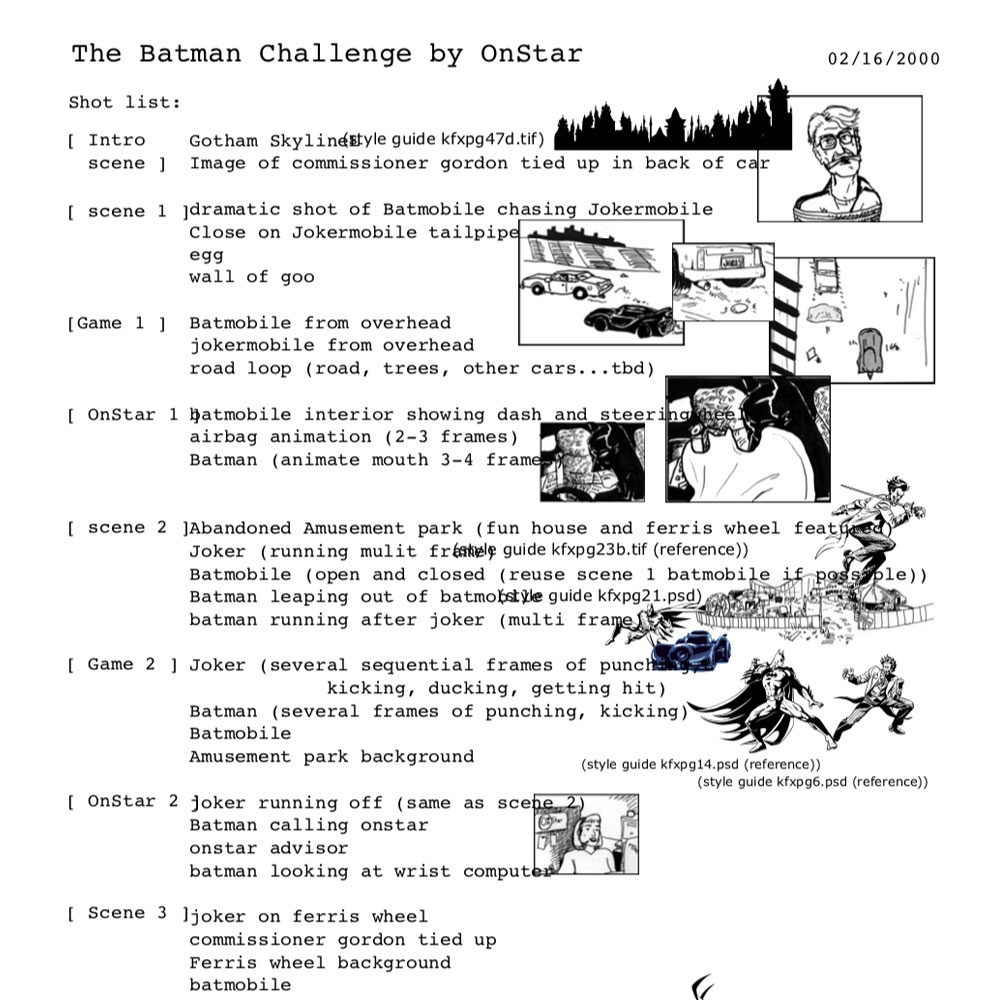 OnStar had certain elements they wanted on screen at all times. Worked closely with them to identify and integrate these into the UI. Inital designs and layouts were created in illustrator. 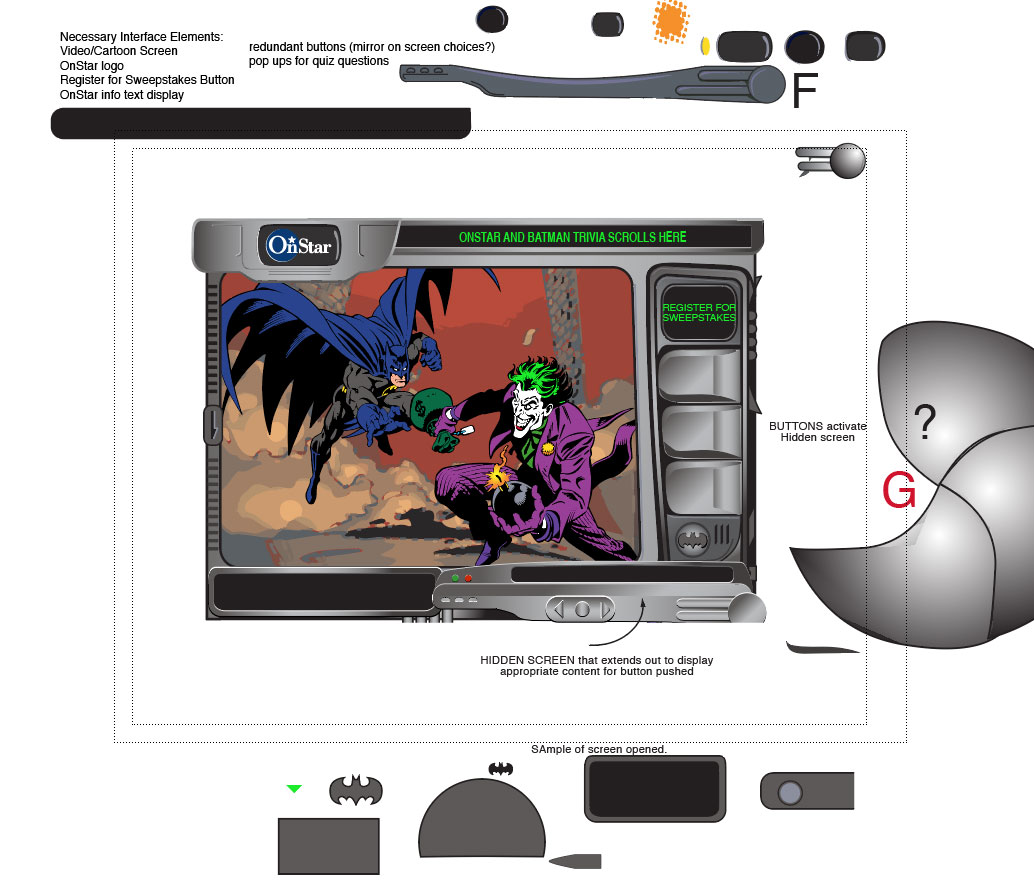 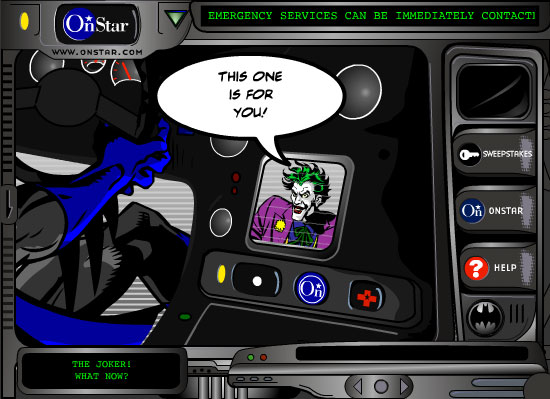 Then a working prototype with interactive elements for approval. We used assets and voices from the existing Batman Animated series cartoon.

The final interface featured stronger OnStar branding and separated elements based on function. 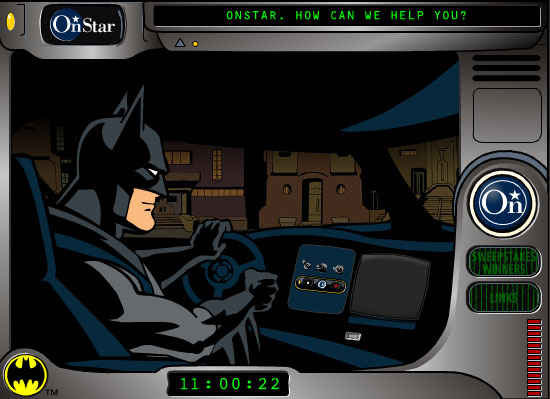 I directed the art team at DC Comics on how to create the necessary assets for the animation, with emphasis on re-usability and streamlining them. Initial color guides were provided and the final coloring was done in Flash.

...limbs were removed for animation... 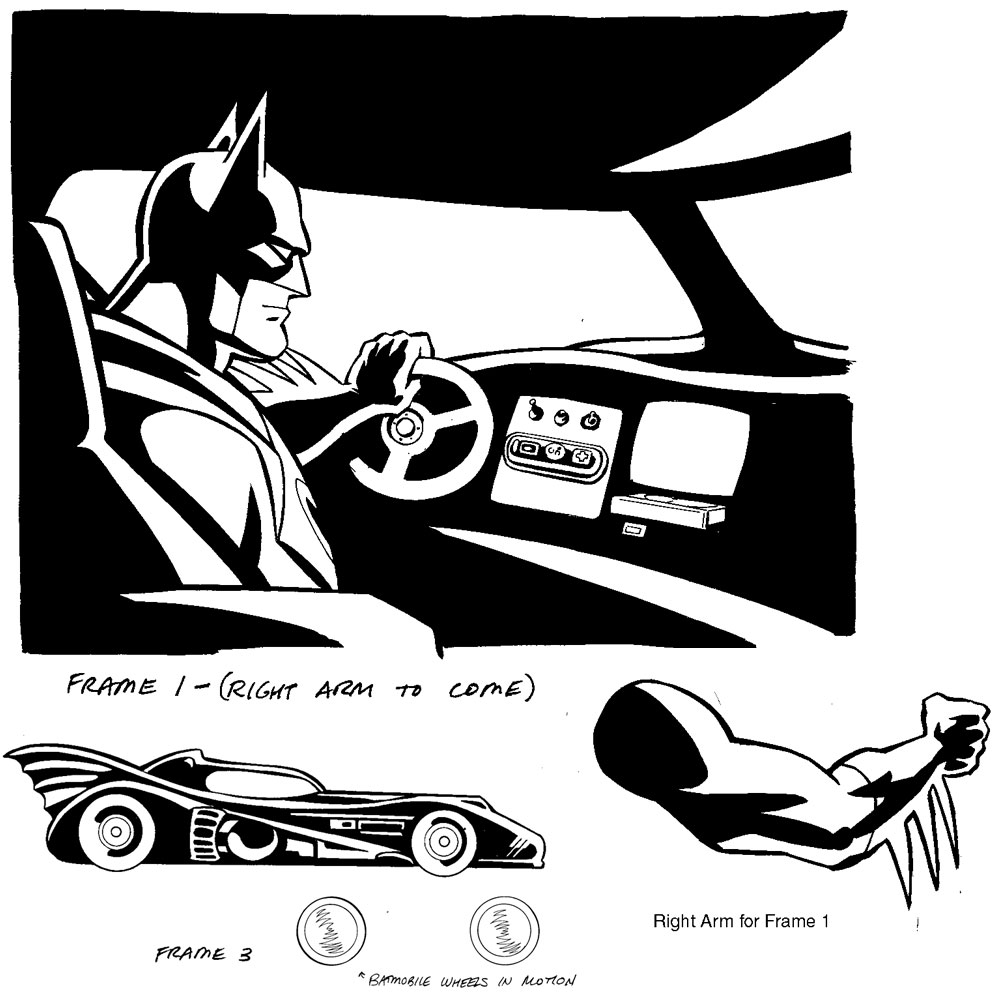 ..coloring all the assets... 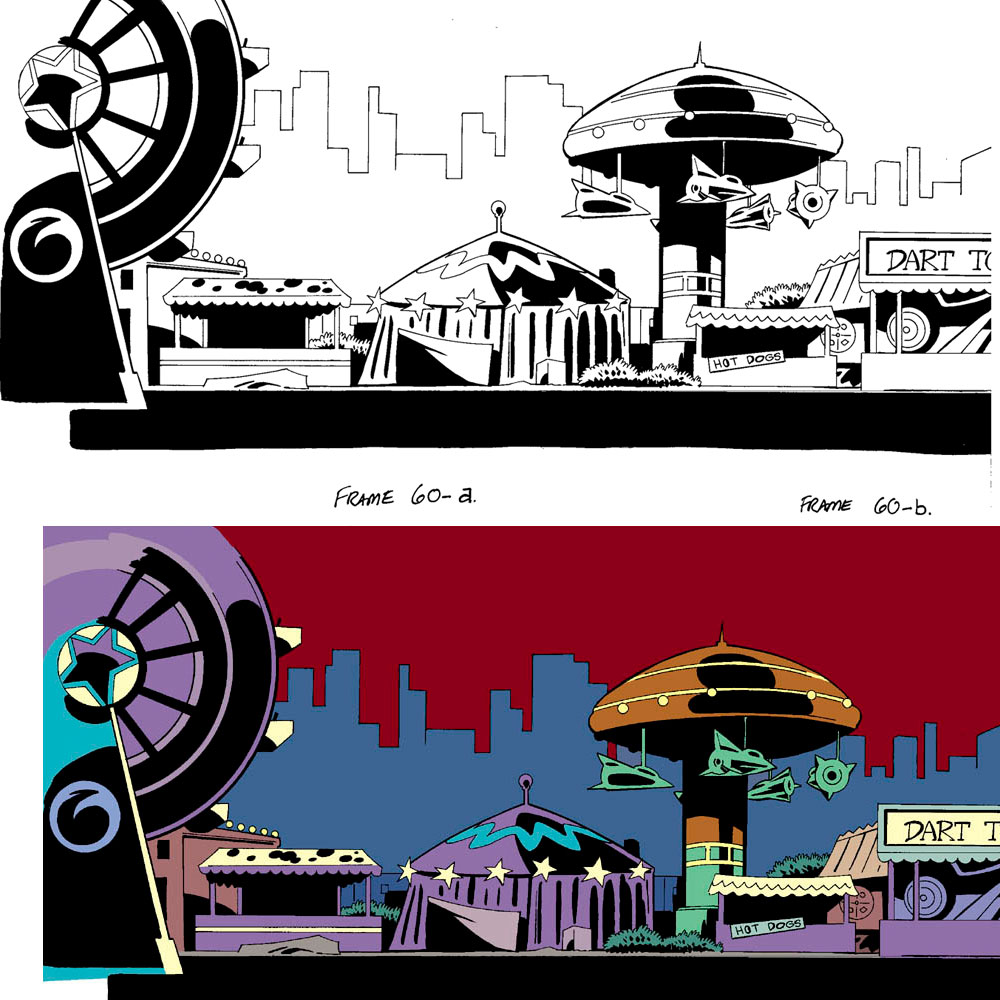 Onstar consumer brand consciousness jumped from about 30% in the fourth quarter of 1997 to more than 80% by the end of 2000.

Sadly with Flash no longer supported you will have to just watch the experience as a video. Enjoy!

OnStar had certain elements they wanted on screen at all times. Worked closely with them to identify and integrate these into the UI 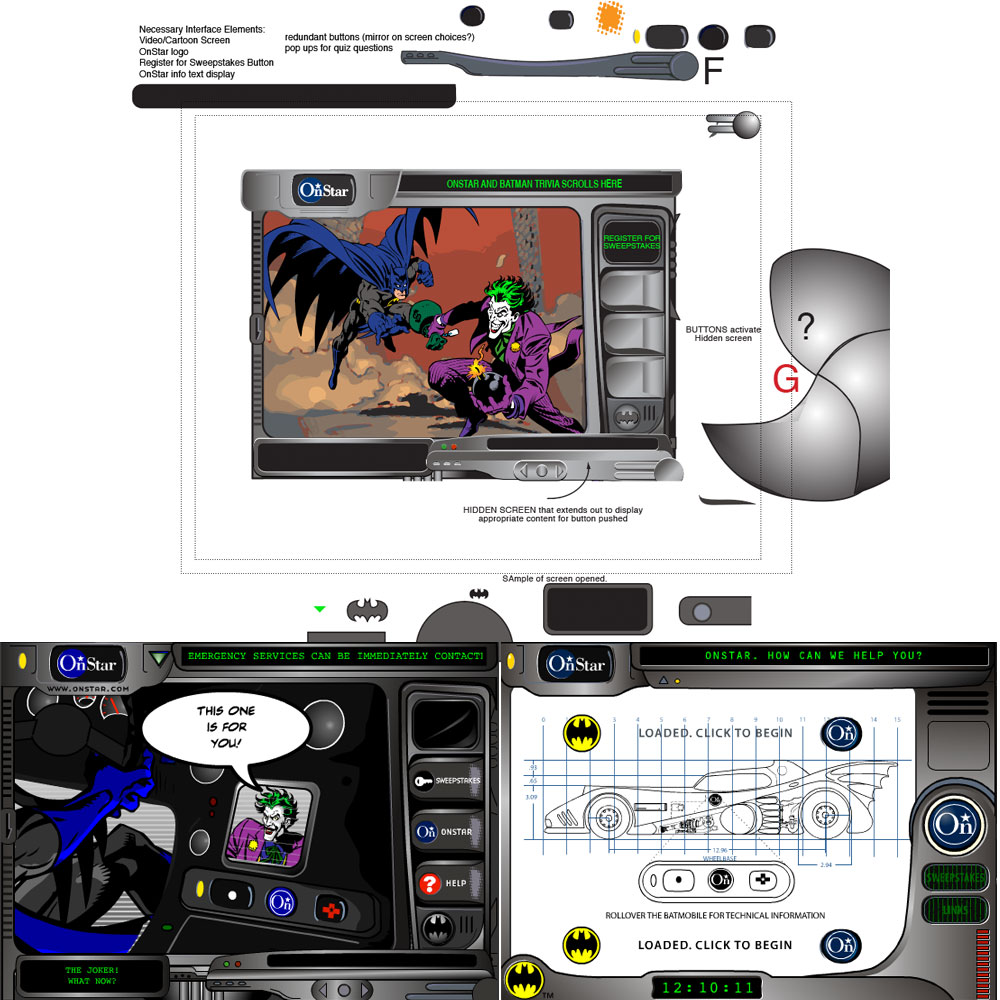 Worked closely with the artist at DC Comics to ensure assets were delivered in pieces to use for animation. Which resulted in a lot of severed limbs and floating mouths. These assets were then cut apart and layered to create the final frames. 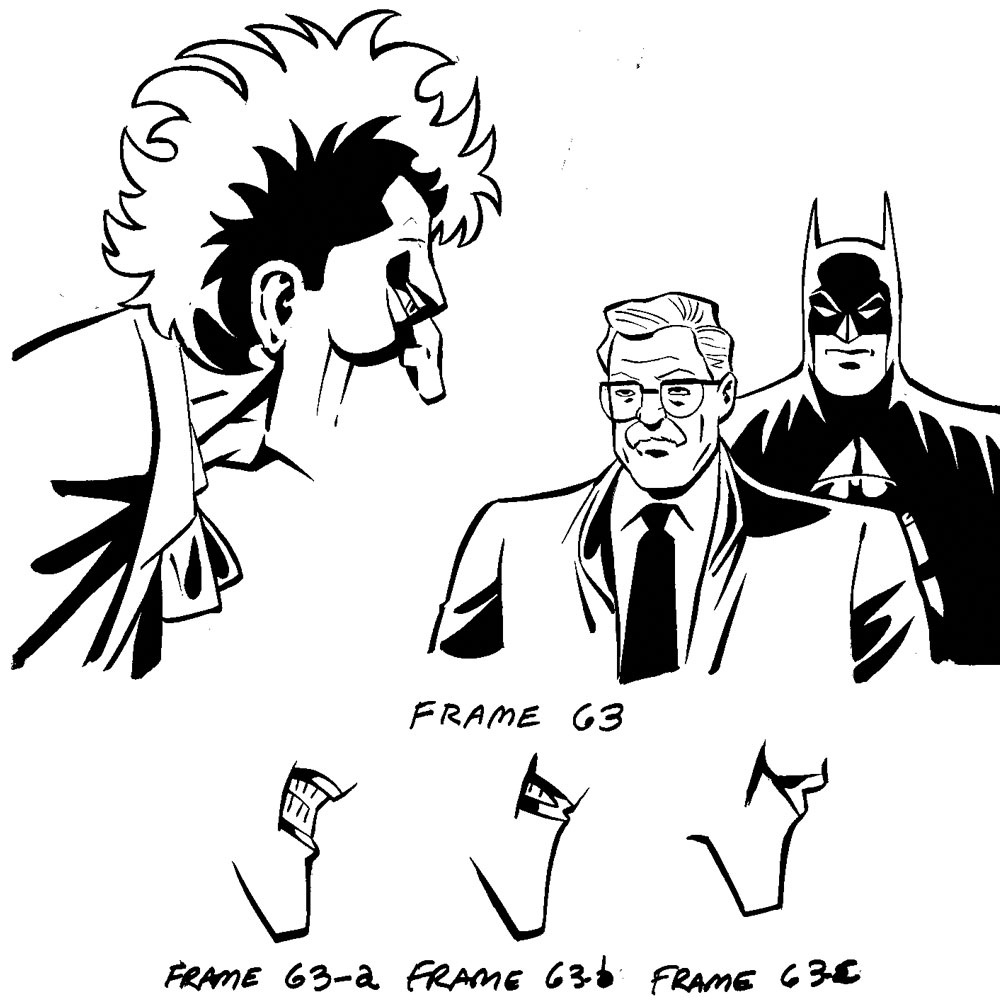 DC provided black and white art. All final coloring was done in Flash to reduce file size as much as possible.